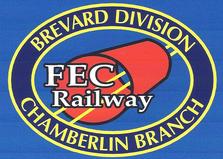 How the Railroad Operates:

Trains are assembled in the Yard in the small shed according to a blocking order for each train.  The Trim Hogger assemblies the train and spots the cars on awaiting engines on the departure tracks placed there by the Engine Hostler.  Once a train is assembled the Yard Master calls for the crew of that train and provides the engine number to the crew.  The yard Master assists the classification hogger and keeps the classification schedule for the yard.  The Crew in the Larger layout shed programs their throttle and once done contacts the Dispatcher for Departure signals.  The Dispatcher aligns track for the departing train and sets a Green signal for the crew to depart.  By CCTV the crews watches the movement of their train as it proceeds from the Yard to the Main Layout.  Once the crew sees their train departing the RRunnel into the Main layout they follow a switch list for delivery and pick up of cars during their trick. Crews align all the industrial switches while the dispatchers controls the passing sidings.  Crews observe signals which control the movement of their train.

Locals work from both the Main Yard and Cocoa yard performing duties of their assigned train. Locals departing from Cocoa Yard, return to Cocoa while locals from the main yard return to the main yard.

Once a train has completed their run through the division they would return to the Main Yard observing inbound signals at the main layout and by CCTV.  A Red signal indication, the crew would stop and sign off with the Dispatcher completing their run.

The Engine Hostler would assume control of the inbound train, remove the engine(s) and spot them in the respective service facility.

The Classification Hogger would pick up the inbound cars and begin classification.  Thus the process continues with each outbound and inbound train in the main Yard.

The Dispatcher;  Controls all movement on the railroad and aligns all passing sidings for the routing of trains through the layout per a timetable.

The RRunnel, is a 6 inch by 11 foot PVC pipe which extends between the two Sheds.  Due to zoning restrictions the sheds had to be spaced apart by 10 foot .  The RRunnel has double trackage and also houses the interconnection of CCTV cables and wiring for the layout.

A modified Waybill is provided in each Train work packet.  The waybill lists the type of car to be delivered at a given location.  No reporting marks are listed on the card and when the car is delivered the crew writes in the reporting marks and the date indicating the completion of that sequence for that car.  Each packet has a card for the cars being delivered and if the car remains on the train no card is in the packet.  As the car is required to be spotted, picked up or returned the card has these movements listed and when completed that move is dated.  Cards for the cars at a delivery location is placed in a holder at the location.  When the car is to be returned to the main yard it will be picked up by the train and card is removed off the railroad and placed into the work packet of the receiving train.

The Yard blocks the train for the cars types and destinations.  The cards for each session is printed using Excell and printed on 3x5 index cards.  Should a crew fail to move the car the card would remain at the location of the car and does not require any adjustment to a program or the rotation of a card.  All cars entering the session, a new card for cars to be delivered is printed.

With the separation of the two buildings movement of standard car cards was not possible.

The schedule for each train has a timetable which indicates start and completion time. Each timetable indicates what train and where they are to meet other trains.  With a CTC dispatcher times are not listed in the individual trains timetable, this keeps the operation flexible.

​​​HO Scale model railroad, modeled after the Florida East Coast Railway in the early 1970's.  An operational railroad which has regular operating sessions with guest operators of regular members, individuals or club groups.

A full CTC operational layout with signaling and Dispatcher controlled operations based on schedules and timetables.  Operations are through a 60 mile section of the FEC Railway in Brevard county.  The operations have elements from rocks to rockets.

The original FECBrevard model railroad was built in 2001 and suspended operating in March 2012. At that time the railroad was dismantled and rebuilt in two utility sheds. Operations began again in June 2013.  Operators from around the state attend as well as out of state operators when in Florida. The railroad has signature equipment and locations of industries and towns of the 1970's. The railroad has operating sessions with yard activities, local and industrial trains as well as manifests and road freight activity. The railroad is operated on a Lenz DCC system while Hobby Gauge block detectors and signal maintainers provide the track side signal control.  Additional sound and sights are incorporated throughout the railroad. This site will have updates and comments about the operating sessions and upcoming events, so return often and join the FEC Railway Brevard Division Chamberlin Branch site.