So we ran Ken Farnham's Florida East Coast, and I was once again in my beloved hot seat, the dispatcher's slot. Little bit of a rocky start but now things were smoothing down. We were just over the halfway point and I was all settled in, knocking the toggles on the CTC board, lighting the lights across the division. Then a freight going through Buenaventura calls with a bit of a smirk in his voice. "We just went on the ground, Dispatcher. And it looks like we took out a piece of rail."

At first, I thought we were talking about something that actually happened, like a switchpoint coming off or something. "Call the superintendent," I told him. I'd let Ken deal with it.

But no, Ken came into my office with a Grinchy-grin smile on his face and some event cards (something distrurbingly new) in his hand. Yes, in the simulation of the session, a boxcar had hit the ground and rail had come up, we'd need to get a wreck train there and the line was blocked. We'd even need another engine to pull the back end of the train off and move it around so the front end could couple to it.

I was still trying to figure out what happened. Suddenly, the board was just a lot of lights (sorta like when I'm out with my telescope looking for Pegasus and everything is just stars). Which train was which? What was going on? I had a half-dozen trains rolling tight with meets planned out a quarter hour in advance.

Reset the board, dropped all signals and directed them all into sidings until I could make sense out of it. Okay, so that's done. Then I had a train at Bowden blocking the yard exit, so I ran him out and dumped him somewhere - anywhere. While the yard crew built the work extra, I got a local in Cocoa to drop his cut and run down the line to effect to pull-off. I probably should have run the freight that had broken south then and there but I didn't - I still wasn't sure of the setup. That was a big mistake.

Fortunately the Super showed up at the accident site and directed things. I moved trains as best I could, reacting to events rather than planning them. Finally we got the freight out of there. The wreck train continued its work, plugging my line and stacking trains.

And here's where we loop back to the front of this story. Remember our intrepid newsman? Well, now all the engineers were stopping by while I did everything I could to move lights along a bulb at a time, doing what I could to keep the railroad alive. And they were all smiling - "So, you got something for your blog now, doncha, Newsie?" Man, I felt like I'd been beaten in an alley. My head throbbed like the lights of that distant marque...

Anyway, eventually I pulled my shit together and got the wreck train out on the tail of 107, running south nose to tail. We had a bunch of locals out working and a train turning, but I finally got them out of the way so we could catch the freights up. We ran about twenty minutes behind for the rest of the session (I'd get close, then a seemingly simple switch move would jam the line again). But by the end, we were within ten minutes of schedule. Not bad.

So, yes, here I am, hammering my copy out, wrenching it out of my typewriter and tossing it to the copy boy. Never mind the bruises. We got it done.

Because, work the City Beat!

A special thanks to Ken - that was really a curve ball, and it was fun - in retrospect. And thanks to all those crews who quietly cooled on sidings while we worked this out.  Robert Raymond

November update: The industrial island - Pineda - has been completed and all of the operational test have been run.  The rolling equipment has been on an annual repair and upgrading to meet a sound operational status.  New timetables and operational schedules have been upgraded to incorporate the Pineda industrial park working schedules.  Some newly constructed building are on the layout including light inside and around them.  A new timing system had been installed which will allow automatic night and day operations with sunrises and sunsets during a session.  We look forward to the return of our friends when this epidemic is under managible control.  Ken

Update: During this time an expansion is in the works expanding the operation of the railroad.  An area at Pineda is a spur into an industrial area which will have warehouses serviced by rail having a dedicated switcher providing the switching to the warehouses.  A full involvement with deliveries into and out from the industrial area during the OPs session. 4-18-20

​Superintendent Special Report:  12-12-1971 -  Extra board was ran as crews wanted to have the OPs in December.  As usual the traffic was routine with only minor headaches for the billing agent.  The Old Hat dispatcher had some OOPps moments but continued to run the train in the direction they departed.  I would like to thank all of my operators for a great year of Operations and look forward to 2020. 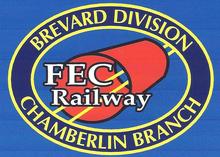 With the current CCP Virus FECB encourages everyone to follow the guidelines established by using FACE MASKS and limited exposure to others – WE wish to all to stay safe so we’ll be able to enjoy our hobby together once this epidemic had subsided.